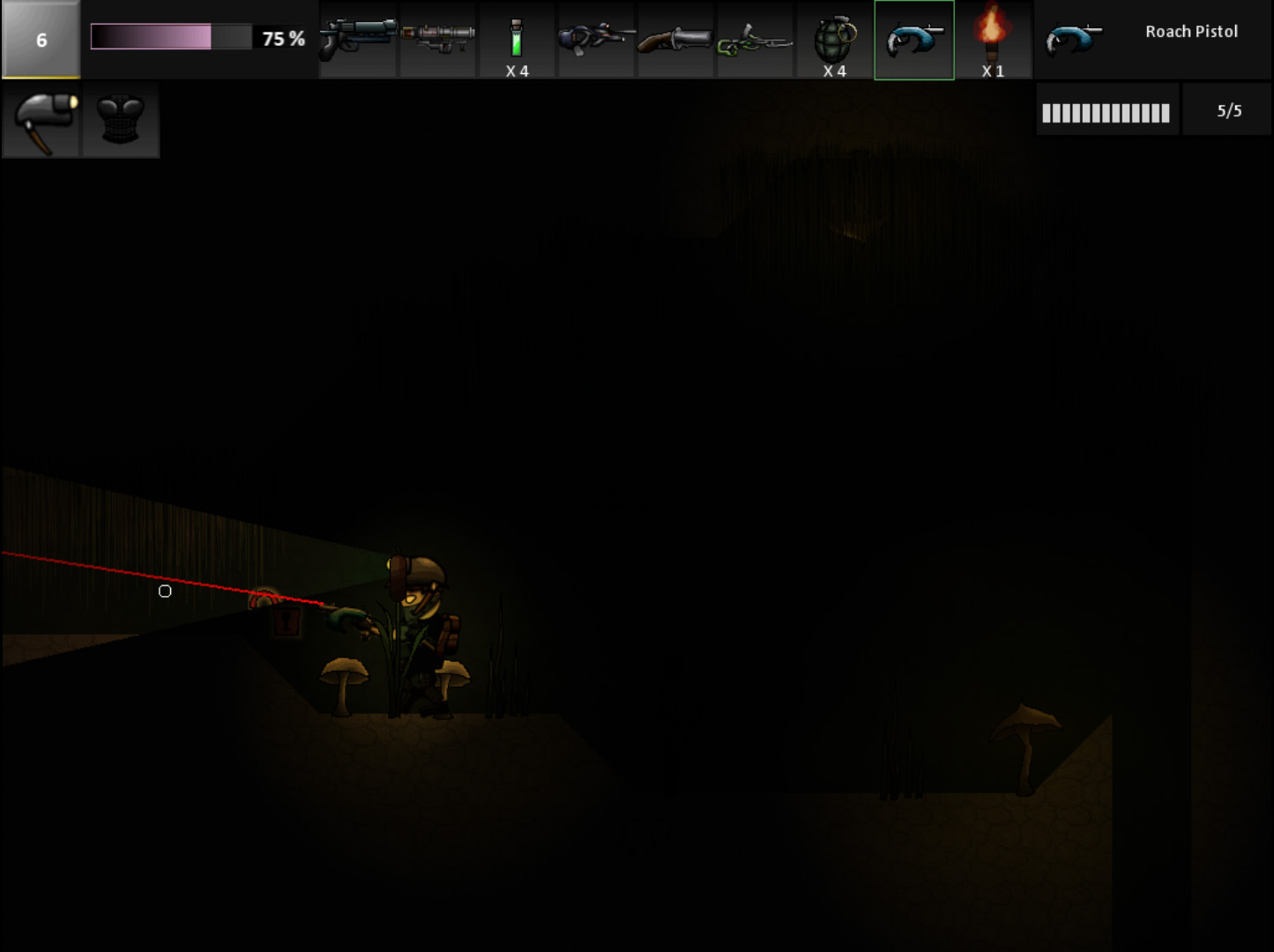 Shots In The Dark is a 2D shooter/platformer game by a two-man development team called Puddle Squid. The developers say that the game is about good old-fashioned greed and hedonism and they’re not kidding – the goal of the game is to gather more gold (Loot) than your rival Scott has.

The game does not support widescreen, meaning that the majority of the players will see two black bars on the sides. This would be acceptable if there would be an options menu where we could switch to window mode, but sadly there’s no such thing as an options menu at this point in time. Shots In The Dark uses standard FPS controls which makes it easy to pick up and play. However, it would still be nice to be able to rebind the keys for certain actions that can cause a sticky key situation (pressing SHIFT (roll) numerous times in short succession causes this). 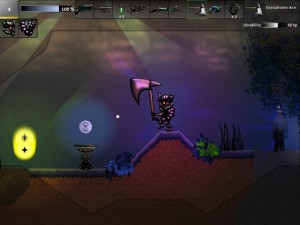 The game plays great when you get used to it, but sadly even then you might notice certain issues such as an occasional drop from an edge of a platform you were standing on or refusal to jump. The game has a simple character progression built in which helps a lot when fighting monsters found in the levels. Despite its simplicity, it does its job well and is nicely balanced so you will not feel overpowered once you level up, you will actually welcome it. An element unique to the game in this genre is the inventory where you store all of the items you pick up. It’s a great little feature and works great, since it forces you to think twice before you pick up that one gun that simply looks cool. However, the inventory management could be done a bit better and possibly via the keyboard instead of using the mouse, which makes it really hard to heal or quickly switch weapons.

Shots In The Dark is packed with action. There are various enemies to kill per stage as well as small groups of them which makes it very satisfying to throw a grenade or use the rocket launcher to blast them to pieces. There are some difficulty spikes after the boss fights which force you to slow down a bit, but those sections are short so they are tolerable. 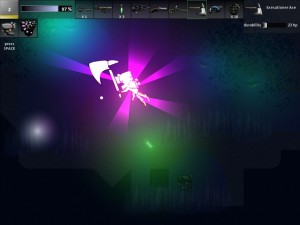 The game’s graphics are something else. To me personally, the graphics are unappealing and sometimes it felt like everything is just too big for my screen. I hope that this will be addressed and polished out, since such a fun game deserves to have a tad bit better graphics. One really cool visual feature they’ve included with the game is the helmet HUD. When you equip a helmet that covers up the entirety  of your character’s face, the view will be slightly changed. This is a really nice touch and it really made me get engrossed in the game even more.

All in all, Shots In The Dark is a decent game that deserves to be checked out when you have some spare time. Since it has a save feature, you can play it between breaks from your work.