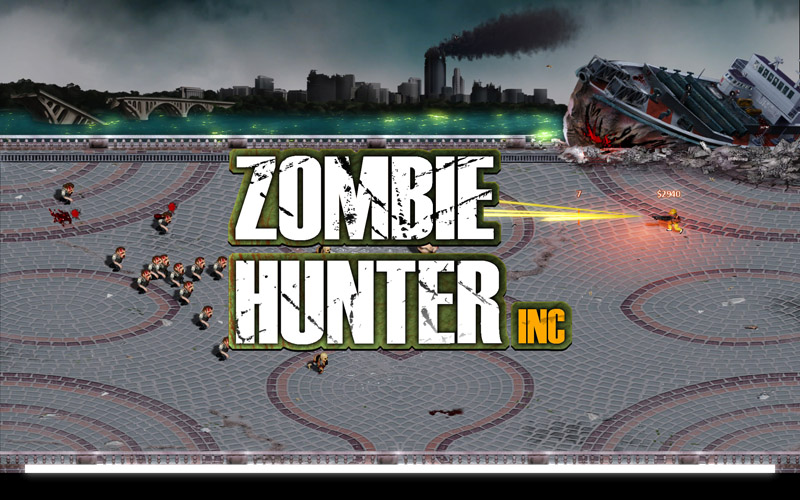 Zombie Hunter Inc. is a top-down zombie shooter with a twist developed by Maya Gameworks. The game is currently in its Alpha stages and can be downloaded and played for free at Z-H-I.com.

Note: Due to the game being in its Alpha stage, we’ve decided to cut it some slack. We will follow this game’s progress and report on how its doing.

The settings menu is rather plain and hardly allows for any real customization. Despite the game being Alpha, I expected that there would be an option to toggle the game into fullscreen mode, alas there isn’t one. However, I was pleasantly surprised that there’s the option for rebinding your keys and it looks like the game will support gamepads in the near future (currently it doesn’t). 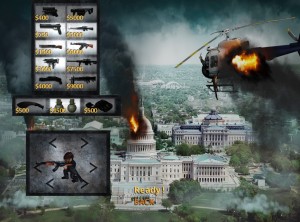 The gameplay is very simplistic and fun, but also very challenging – maybe even too much for a casual player. You can move your character with the default keys (W, A, S, D) and you shoot by left-clicking with your mouse, but this is where the twist comes in; you cannot aim freely, only directly in front of yourself (left Shift key allows you to turn around) which is why this game is very challenging. Before you go onto the battlefield to murder zombies, you get to choose among several different firearms which you can buy while in-game. Each kill earns you money which can then be spent on the guns you picked in the lobby which is a pretty neat feature. The guns actually have some power to them; for example, the shotgun makes you jump back which gives you the feeling that your character is actually holding a powerful gun, capable of damage that is done when firing. The biggest flaw that I see with the gameplay so far is that the character moves slower than the zombies which reminds me of old games where your character is handicapped in order to make the game harder and last longer. It’s was pretty funny to find out that my character can move quicker if I jump around – still never made it through the first wave, though.

Graphics are very interesting and I must say that I love them. The graphics have a worn-out feel to them which is appropriate, since you’re running around in a post- apocalyptic world where zombies (and eventually bandits) roam around and are trying to eat you. There is also a small character-customization option available which is pretty scarce at the moment, but the developers assured me that there will be more customisation options in the final version of the game as well as event-specific ones released on regular basis. 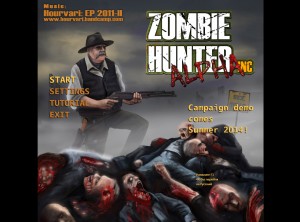 Overall it shows that the game is still in early development and that the developers know what they want to make. If you’re a fan of zombies, top-down shooters or post-apocalyptic setting, check the game out and judge for yourself.

You can download and play Zombie Hunter Inc. Alpha here.