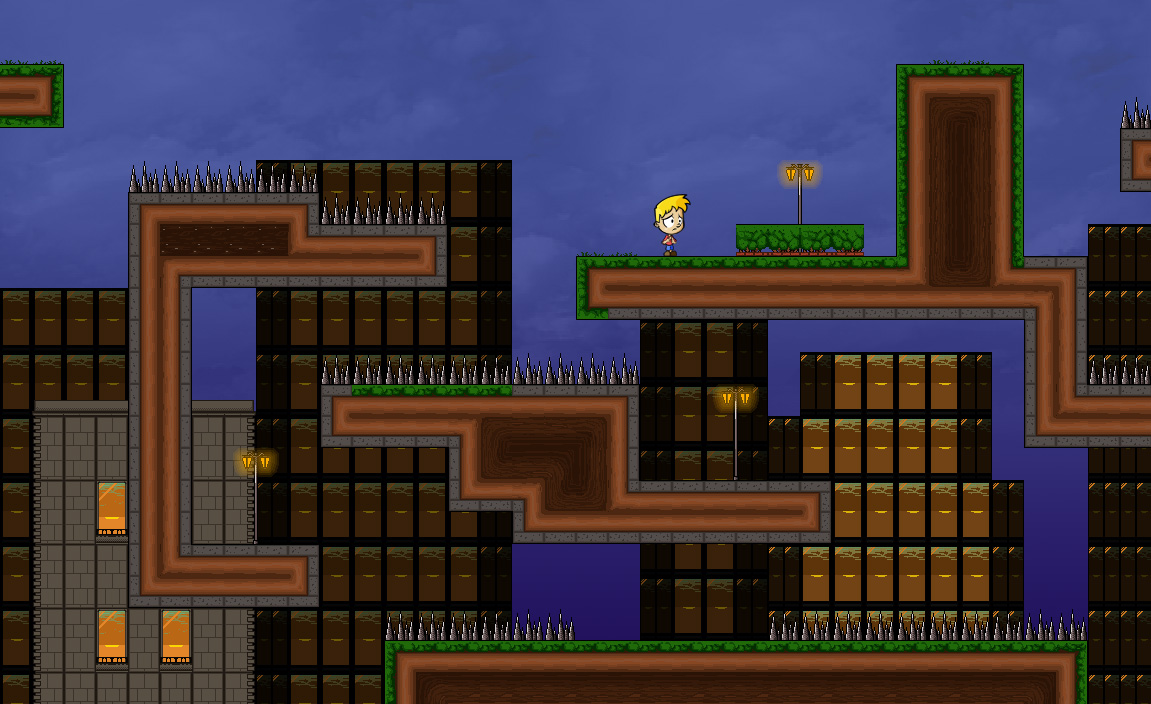 InSight is a horror platformer game in which you play a child that is lost in the city park. When you close your eyes some of the danger goes away, but when your eyes are closed you can’t see anything.

Gameplay is really straight-forward – arrow keys (or A,W,S,D keys) to move and space bar to activate the game’s mechanic which helps you bypass all of the obstacles that lay in your path. The mechanic is well thought out and really well done. When you press (and hold) the space bar you close your eyes and nothing hurts you with exception of falling off screen. 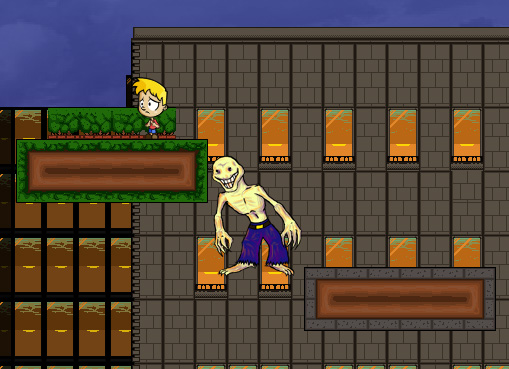 Graphics are really appealing and go well with the overall game idea. However I personally had the feeling that certain graphical elements were made by a different person, because they didn’t have the same feeling as the rest of them (e.g. monsters). I’ve also encountered a glitch where the monster, which should clearly fall of the platform, was floating in midair, probably being stuck between the two platforms.

The music in the game is very atmospheric and goes hand-in-hand with the “closed eyes” mechanic the game is built around. Only complain I would have about the music is that it’s short and if you keep failing the level, you will hear the same music again and again due to the loop.

The game is very short which was a big disappointment for me personally, because I really had fun playing through it and will most likely replay it just for fun. I sincerely hope that the developers decide to make a sequel to the game or maybe even a full-fledged retail game – I know I would buy it.

You can play InSight here.