Bad Dream: Butcher is a horror point and click adventure game brought to you by Desert Fox. The game was described as being very short, but disturbing so I decided to take a peek out of pure interest. 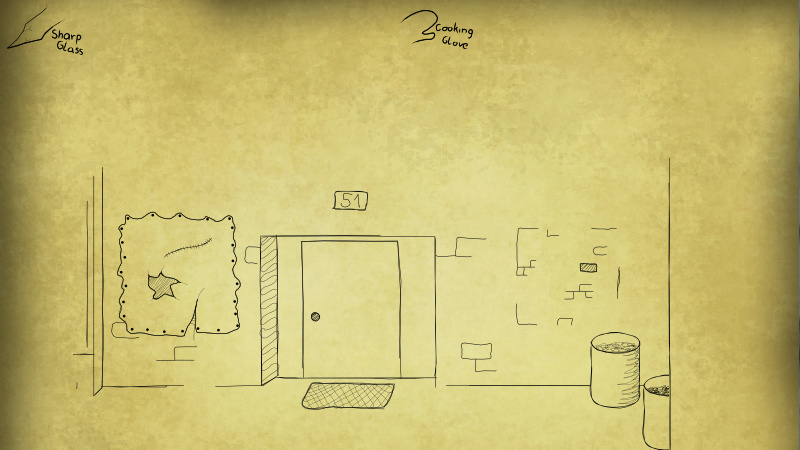 The artwork in Bad Dream: Butcher is all hand drawn, and while that might sound bad at first, it’s absolutely not. The hand drawn artwork is what adds to the already edgy atmosphere inside this game. The artwork combined with the game’s music creates a very tense environment that’s hard to get used to.

Really though, there’s not much I can really say about the game without revealing parts of the “story”. At its core, it’s just a very simple point and click where you’re required to find items to progress through the game. With that said, while you’re progressing through the game you will encounter some very strange things, including ghosts, rabid animals and traps. 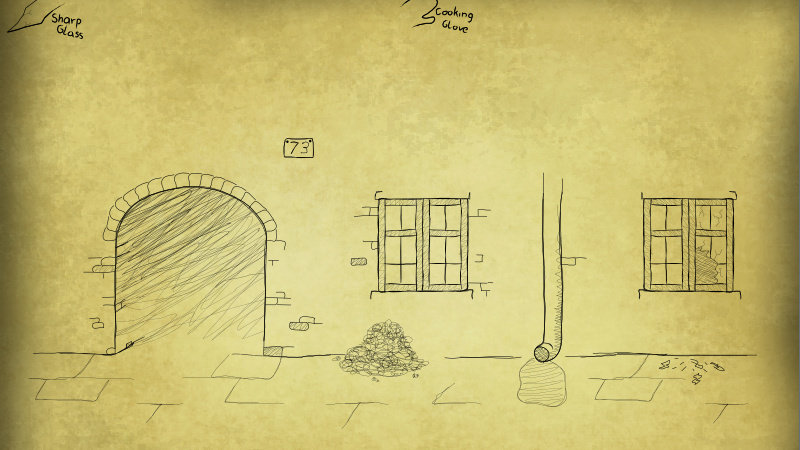 These ghosts, animals and traps can take away your lives. You don’t really have an amount of lives, but rather the fingers on your hand count as your lives. So, if you get caught by a ghost you will lose a finger and will only have 4 lives/fingers left. I found this to be the most interesting and disturbing part of the game, because it’s not often that a developer thinks to use a persons fingers as a lives count.

While I enjoyed most of the game, there were two issues that bothered me. The first one was that the game starts in a very small window that I can’t figure out how to resize or full screen. While this isn’t a huge issue, it’s kind of annoying to play a game at a resolution of 800×600 when your monitor is 1920×1080. My second issue, is that you sometimes have to pixel hunt to find the movement options. Besides that, I don’t think I had any other problems.

It kind of sucks that this game might not ever be completed, because I enjoyed it a lot. It was very fun to go through and it definitely had me panicking and scared at certain points. If you’re a fan of point & click adventure games and the horror genre, then you will probably have some fun with this.