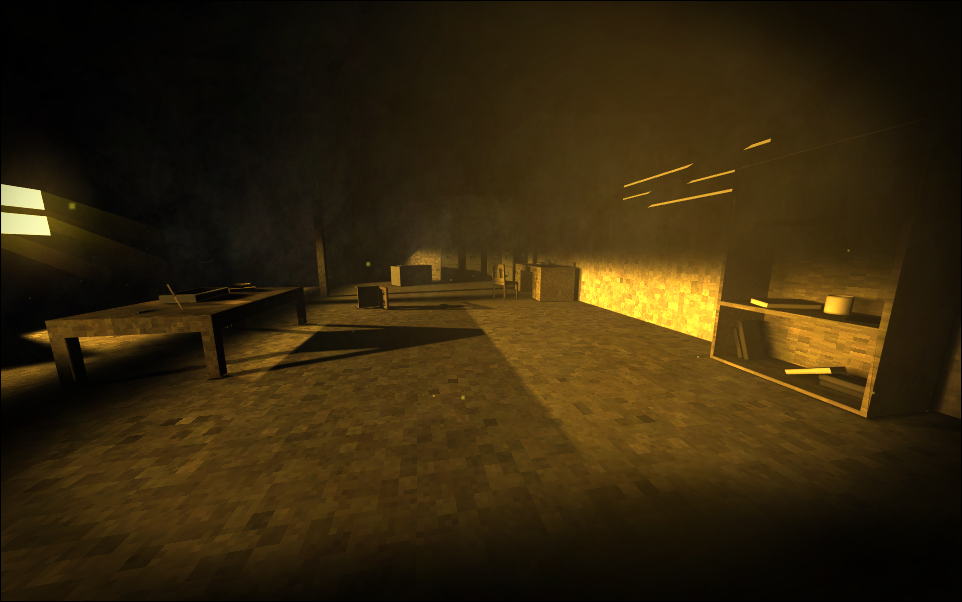 Fingerbones is an indie horror game created with the Unity Engine. The game is played with a first person point of view and requires just the mouse and WASD keys. All in all, the game takes no more than a half hour to complete (one sitting should suffice, as there is no save feature).

The game begins with the player entering a large building. The game progress through the reading of multiple notes left by the owner of the building, which provide clues to passwords which are used to open doors throughout the building. The game is not the scariest (there are no monsters or anything), but does include both eerie visuals and sounds. 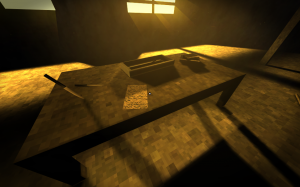 The graphics are, of course, 3D, but are not very detailed at all, which is understandable given the fact that it is a browser-based indie game. The entire map remains dark, and the lighting from the player’s flashlight can get bright at times, especially when you are close to an object. Movement around the environment is sluggish and is not very smooth, which can make the gameplay feel slow and exposes you the the creepy ambiance longer.

When it comes to the story, Fingerbones isn’t anything special. The game has the player learn about a crazy, divorced psycho who locks himself in a bunker with his step-daughter. Due to the fact that the game is extremely short, the story doesn’t really develop well.

To be short, Fingerbones is a quick coffee break style horror game that one can easily finish in one sitting. If you’re just getting into indie horror games, Fingerbones is certainly a good place to start. I would recommend this game to anyone who is looking for a quick indie gaming session without having to download a large file.

You can play Fingerbones here.

This article was written by Justin of Gamer Ocean.