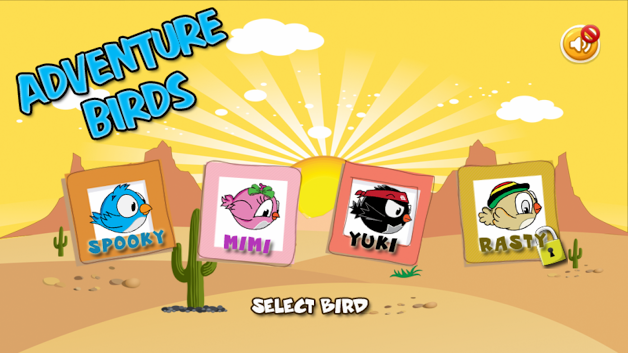 Adventure Birds is a casual game where you control a flying bird with which you have to avoid obstacles in order to reach a higher score.

Anyone familiar with Flappy Bird will immediately recognize Adventure Birds to be a clone of the said game. However, despite being a clone it tries to introduce some new features and tries to improve the gameplay.

Gameplay is very simple, you touch your screen in order for bird to ascend. As simple it might sound, it’s very difficult to get a high score without a lot of practice and of course patience. The control of the bird is a lot better compared to Flappy Bird which makes playing the game more enjoyable. There are a total of four birds with which you can play, two of them being locked until you finish a certain number of games. All of the birds control the same which is a shame, since I was really looking forward to varied gameplay that sadly wasn’t delivered. 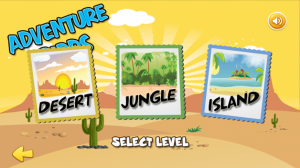 You can choose among three different stages to play in. Once again, this selection is rather pointless, because all it does is changes the feeling of the game and not the actual gameplay. It would be nice to see some varied gravity settings in these stages.

Graphics of the game are very cartoonish and remind me of Angry Birds with their chubby bird design and different characteristics of each bird. The stages’ are also very pretty to look at and also give out the feeling of Angry Birds.

If you’re a fan of Flappy Bird, then I suggest checking Adventure Birds out, but otherwise I suggest giving it a pass until some worthwhile features are introduced.

You can download the game on the Google Play store.