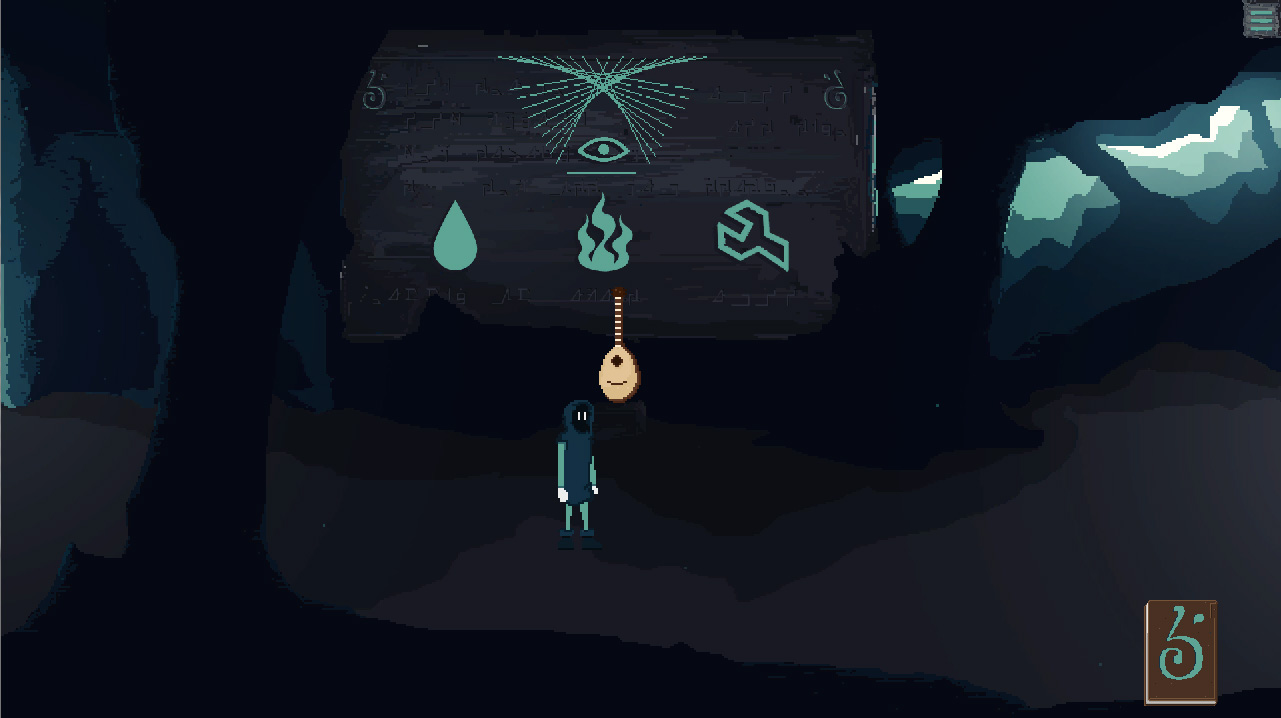 Olav & The Lute is an indie adventure game set in post-apocalyptic fantasy world inspired by an old point and click adventure classic; LOOM. You get placed into the temple(?) where an ancient(?) loom with magical powers is kept and it’s your job to awaken it with a little help from a lute that you happen to come across in the temple. 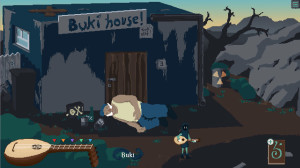 Game borrows the same gameplay element that made LOOM so great; The magical musical instrument (lute) which serves as an object that helps you solve all of the puzzles present in the game. Each puzzle that you solve rewards you with a new tune sequence that is then used to solve other puzzles. Each of the tune sequence is also reversible which means that each tune sequence has two different uses and consequences. Luckily the developers included a notebook that records all of the tune sequences, which is a welcome addition for those of us who don’t wish to take notes ourselves.

Graphics are simple and take you right back to the days of the early point and click adventure games. However, I do have a complaint regarding a specific animation in the game. The notebook’s opening and closing animations are very choppy and quite slow and that really bothered me. Another issue I have is the game launcher’s graphics options dropdown menu which contains only one option (mystic) – there’s no reason for the option to be there whatsoever.

The sound is very atmospheric and sound effects serve their purpose nicely. Sadly I have a small complaint about the volume and that is that the music is louder than the character’s speech. Characters seem to speak gibberish, but nevertheless their voices should be louder than the music otherwise there’s no reason to give them voices in the first place.

I’m sad to say that despite the game being very well done it’s also very short and somewhat fails to tell a proper story. We never get to know the reason why the character was placed in the temple or why the loom has to be 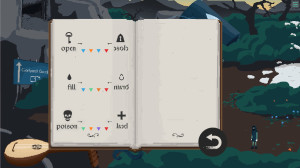 awakened or what purpose the loom has in the first place. However, despite its shortness, the game is worth playing through and will definitely bring back memories of your childhood to those of you who have played LOOM or any of the old point and click adventure games.

You can head over and download the game here.